This month we celebrate the anniversary of Swamiji’s meeting Master and how they touched our lives in profound and lasting ways. I would like to share with you some of my brief interactions with Swamiji and what I learned from those moments. 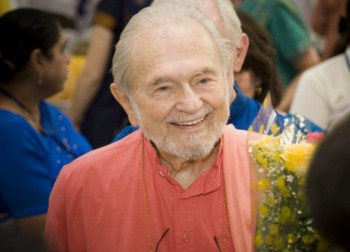 The first time I saw Swamiji was at the Metropolitan Mall in Gurgaon. I felt a deep sense of love and bliss in my heart even though I had never seen or heard of Swamiji before. Amidst my shopping, I happened to look back as he passed by. I hastily asked my husband Shishir: “who is this man in the orange robe?” He recognized Swamiji from pictures he had seen. I watched Swamiji walk by and later decided to accompany my husband to the meditation classes at Ananda. This was December 2005. I have had the fortune to see Swamiji several times, mostly in large satsangs. As he walked into those gatherings, from a distance I could feel his aura of bliss and love. I felt my heart rhythm change in his presence, many a times my eyes would be moist and experienced a deep sense of peace. I have had few occasions to speak with him personally. However, I did not have anything to say to him in those moments. I just loved being in his presence enjoying his compassion and wisdom.

What are you doing now?

We moved from Gurgaon to Pune. Swamij lived in Pune those days. It was a particularly chaotic time in my life. Extensive traveling, setting up a company in Pune, settling into a new home and coping with the children’s troubles in a new school and so on. While the intention was to deepen my spiritual practice and be in Swamiji’s proximity in Pune, life interfered with my plans. My spiritual life was going through a dry phase. I was very restless and scattered. 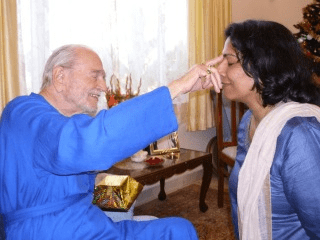 At a satsang at Swamiji’s home, as everyone walked up for blessings, I felt so inadequate that I tried to hide and just not go to Swamiji. I felt unworthy of his blessings. He looked at me from a distance as the queue was ending and smiled. I had no place to hide and walked up. As I came to him, I felt he said very loudly and with a deep voice – “What are you doing now?” It was as if the whole room was echoing with the question, again and again. I fumbled and mumbled. Dharamdasji, who was next to him, filled in and said to him, “Swamiji, she has picked up a job in Pune and moved here recently.” He just smiled and blessed me at the Spiritual eye, as was customary. I came out of the room and said to a friend who was behind me, he was asking me that question so loudly. My friend said to me, “No, he spoke very softly.”

So, it was only me who had heard it so loudly. It took me some years to understand what happened there that day. Swamiji imprinted that question in my consciousness, so now when I start to wander away or become sluggish in my practice, that loud echoing question comes up: “What are you doing now?” It has helped me find my way back several times like an alarm clock ringing promptly inside me in those distracted times.

Things May Not Happen When You Want it

Once we were at a potluck celebration with Swamiji in Gurgaon. Devotees had brought lovingly cooked delicacies. Our cook made kheer for the potluck, and for Swamiji I made it myself with very little sugar. I poured his kheer in a beautiful bowl and took it to the potluck. I had put all my culinary skills into the kheer and wanted an approval from Swamiji.

As dinner started, I placed myself strategically to watch his expression as he had the kheer. Sangeeta took it to him, he took the bowl from her but kept it down without eating. I waited watching him all through the evening, but he did not pick it up. Finally he left without eating the kheer. He had a lot of other dishes and complimented those who brought them. I started to feel sad and left shortly after.

As we nearly got home, I got a call from Sangeeta. “Swamiji is asking for the kheer, would you like to take it to him?” I said “I am nearly home”, regretting I had left in haste. She took the kheer to Swamiji’s home and called me again to say “Swamiji asked me to tell you he enjoyed the kheer.”

So sweet were his ways. He catered to our loving demands for his attention and yet taught us lessons in those moments. Such a childish thing to do, I often reminisced about my behavior that day. Things may not happen when you want it to, but something beautiful will happen when it is meant to be, wait for the moment.

The Antidote for Self-Pity

At his last satsang in Pune, I asked him a question – “Swamiji, how do I cope with self- pity?” It was a trait that pained me for years. He looked at me deeply and it felt as though he was loosening up a deep rooted vritti inside me. He then answered very briefly, ”serve more.” Later I understood what he meant was expand yourself to include other people’s realities by serving them. Once in a while, I still get mild attacks of self- pity. I mostly catch myself in those moments, and try to do something serviceful and I feel better instantaneously.

Be a Good Girl 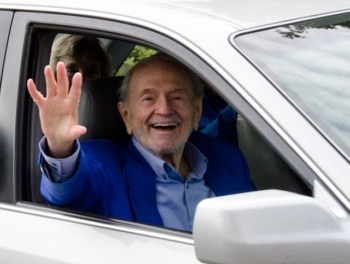 On his last trip back from India, I felt an urge to be with him more. I tried to be present whenever there was a chance. I landed a chance to see him as he checked out of Le Meridian that morning, for the last time in Pune. As he came down to the hotel lobby, Sangeeta who was with me, walked up to him and handed him some papers. I watched him from afar, as I was just there to see him one last time from a distance. He called out from the other end of the lobby, “Come here Latha”. He blessed me and said with a smile, “Be a good girl”. He then waved lovingly at everyone there and left in his car. I asked my driver to follow his car to the airport. I went to the airport and just watched him walk away helped by Shurjo and Narayani right up to the security gate as far as I could see. He turned around, smiled and left. Never to be seen in his body again.

I cried inconsolably on my way back that day and reasoned with myself, Brighu said he had more years, he will be back again. Intuitively I was feeling I may not see him again. In a few weeks, we heard he left his body in Italy.

Vivid and precious are these and other memories of how he helped beginners on the path like me. He loved and blessed as many as he could reach. He showered them with blessings as a shining example of his Master and his teachings. He lives in our hearts and continues to shower us with flowers on the path and more importantly remove the thorns along the way. You need to just call out to him and he enthusiastically participates in your life. Jai Swamiji! Pronam at your lotus feet!!! 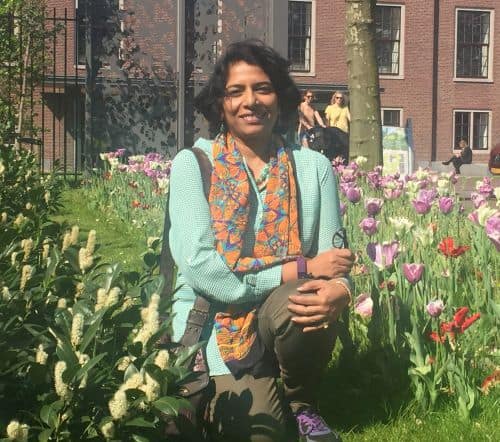