It was my first year at Ananda. I heard many people talking about the importance of seclusion. So I decided to go on one myself. I booked a nice remote cabin at The Meditation Retreat at Ananda Village. I was to be there for 5 days. All by myself. 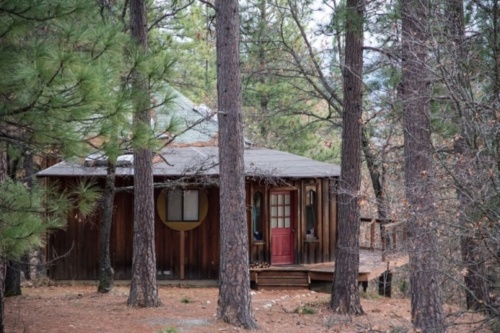 The first few hours after reaching there were very nice. It was so quiet that sometimes I had to say a few words to make sure it was silence that I was hearing! While I was entirely prepared with all the stuff that I needed to spend the next 5 days, I was not entirely prepared for what was about to happen.

This was the first time, since I came to Ananda, that I was away from the protection of the spiritual family. There was not a soul with whom I could interact. The first day went by fine. The next morning, as I was trying to wake myself up, I felt a great resistance; I thought, “it’s ok”. After all, I had to relax a bit as well.

The moment I gave in, a downward spiral began. All the plans I had started tumbled down one after the other: the “unwillingness monster” had taken over. In order to bring my energy up, I tried to walk and run, but the moment I would stop I would feel just the same.

After a while I was exhausted, and I realized how futile it was to run away from myself. In that moment, I recalled a story by Swami Kriyananda, when he was gripped by a mood, and how he managed to change his consciousness by looking very deeply at point between the eyebrows (spiritual eye).

This had to work, I thought, as I had tried everything else and I was desperate. So, I went straight to my meditation cushion, closed my eyes, and with my entire leftover energy, brought my attention at the point between my eyebrows. I was so desperate that I didn’t allow anything to distract me for the next few minutes. To my greatest amazement, I started feeling different: it was as if I started climbing a tree and the troublesome wolf simply had to watch helplessly my ascent. How long did it take ? 5 minutes! Just as Swamiji had said.

I enjoyed those moments, looked at the mind-turned wolf and smiled at him.

Although I couldn’t sustain that state for very long, one thing that incident taught me, which has stayed with me since then, is that there is a space inside of me, where I can take refuge, no matter what the circumstances are.

And it is just 5 minutes away! 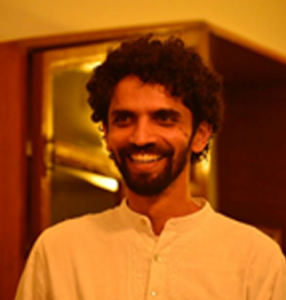