The structure is much less important than the spirit. I haven’t really paid much attention to structure. The reason for that is that when I was in SRF, that was the monastery I was in for 14 years, and I was in charge of all the monasteries in the world and quite naturally I tried to create a system of rules that would enable to assist a center to continue even if the center leader died or moved away or whatever. I finally had to admit failure. The spirit of a center, I discovered, depended always on the spirit of the leadership.

Leadership is Service
So in starting Ananda, I concentrated in developing the right kind of leadership. Leaders who delegate authority or don’t try to do it all themselves. 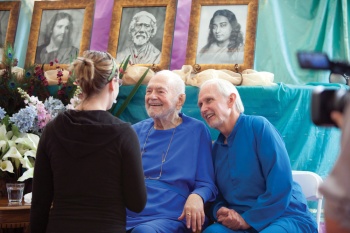 Leaders, who think in terms of what other people can do and help other people to flourish in what they are doing. There are many, many things that you have to get the feeling for it. But the most important thing is leadership. And a leader should be somebody who doesn’t lead, but who serves; and yet he has to be a strong person, he has to listen.

He has to be willing to take into consideration any kind of suggestions people offer and still maintain his own goals. So that, if people offer goofy ideas, he doesn’t let himself get sidetracked. He still keeps on that, but he has to realize that he’s there to develop a team. So good leadership doesn’t have to be charismatic, in the sense of “Joan of Arc”, with a flaming sword. It has to be somebody who is willing to serve other people.

Two Leaders – Two Rules – One Community
So I structured the community leadership in such a way that there was a spiritual director and a general manager because I didn’t want the spiritual leader to get involved in day-to-day running of things. There were two rules that I held paramount. One was that people are more important than things.

Things includes rules, principles, all sorts of things. But the welfare of the individual is the most important example we had an old man Anil Cassidy who used to drink wine with his meals. Well, we had a strict rule, “No alcohol”. But I saw that he knew how to handle alcohol. And I said nothing. I didn’t even click my tongue at him. I just didn’t say anything. It didn’t seem to matter. 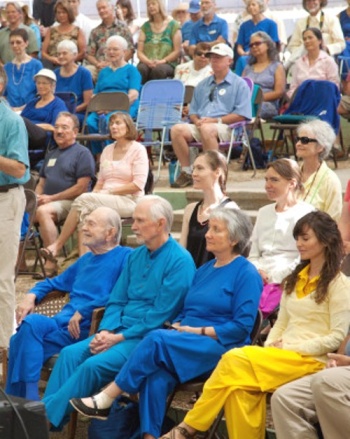 The other principle that we have is “Yata Dharma, Tata Jaya”. That’s the sanskrit saying which means, where there is right action, there is victory and in victory I would include fulfillment, success of all kinds.There was a man who came to me many years ago, in 1969. I’ve inherited a certain amount of money. I want your advice. Shall I give the money to Ananda or shall I go to India. I asked him how much it was. He said 200,000 dollars. That would have been enough for us to do everything we wanted to do at that time.

I told him go to India because I felt that if he had really wanted to join Ananda he wouldn’t have given me that alternative. So, I put his needs ahead of our own needs and I put Yata dharma I put the Dharma of the thing. I wasn’t even tempted. I figured that even if I have to work my fingers to the bone, I will still do what has to be done in the right way. I have made that my principal. And I have stuck to it. When we had a forest fire I would not sue although the fire was caused by a faulty spark arrestor on a county vehicle. I would not sue the county. 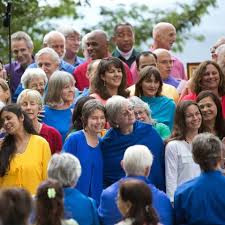 But this is the separation between the spiritual director and the manager, who may being closely involved, sometimes be tempted to follow even against the higher principle.

This is an exerpt from an interview with Swami Kriyananda on the topic of “Leadership”
Watch the full video here: https://www.youtube.com/watch?v=5aeuuF1yQ6I