Never treat your body with disrespect; it isn't only your body, it's the temple of God. Instead of only going on pilgrimages, make the pilgrimage to your own heart by daily meditation. Try to feel that wherever you are God is with you; wherever you are God
has to come to you. He doesn't come only by going to spiritual places; he must come where you are. 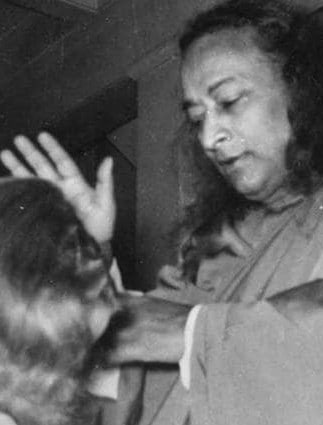 The Master's (Paramhansa Yogananda's) healing power was, miraculous, but, it was always a two-way thing. Why did he heal ‘this one’ and not ‘that one’? This one time there was a man in Srirampur and he happened to be the cousin of a friend of Masters and Master went into his house when he heard a lot of loud lamentation and the man had died and the Master cured him and brought him back to life. That certainly would be a great miracle but the greatest miracle of all is changing people's lives and spiritualizing them and the other one is the truth - that it takes somebody to receive.

There is not just a miracle but the miracle receiver, somebody who is ready for it. Somebody asked the Master on the occasion of that Resurrection in Srirampur: “Would you have gone in if God didn't tell you to?” In other words “Did you go in because this was a relative of a friend of yours?” And the Master said: “oh, no!” He didn't do anything until God told him to do it; mind you, that didn't mean God up on a cloud suddenly says “Yogananda, go there!” No. He knew from inside because of his oneness within him. Your intuitions will often come that way. I don't have visions as such. I have experiences. But I think in a way it's a blessing not to have them because I don't have a fixed idea of where I'm going. I know the direction I'm supposed to go and it works out much better that way, because in that flow, many people are drawn into it and many people can add their inspiration.

If you want God to heal you

Also remember, however, that if you want God to heal you, you must be - to invent a word – ‘Healworthy’. You must be worthy of attracting that; that comes to a large extent, if not entirely, from your Devotion to God. Then it will depend on whether your karma is ready for this. I came near to losing an eye with a very serious fall and the doctor, as he was stitching me up, he said, “Well, everybody thinks when these things happen: why me?” And I said “I never think that way!” Don't let yourself think that way! Be grateful for whatever happens, good, bad, indifference, all the same. 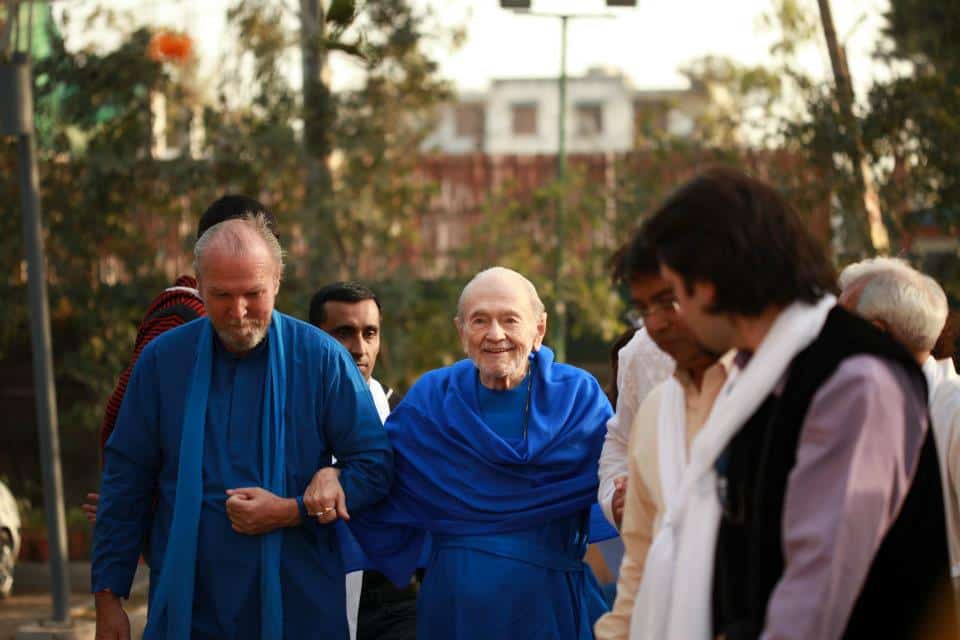 So many people say: Why me? Why me, Lord? Why are you picking on me? Why do I have to suffer? And they weep and their very thought makes it all worse. A little child who falls down, he looks up at you, and if you say “Come on, get up!” he'll get up. But if you say “Oh! Poor thing!” He'll begin weeping! And so, they think “oh poor me!” And that even makes them suffer even more! They begin to emphasize and affirm their pain. Better just think “oh it's all nothing, it's all just Karma.”

My Guru used to tell us a story about a young friend of his when he was a boy. This friend was a toughie. My Guru saw him one time; he was in a tree and he slipped and fell. The only way he could save himself was to slide down the trunk of the tree and his whole chest was in shreds and bleeding and they were looking at him in shock, and he said “What are you looking at?! Come on, put some dust on it! Get rid of the blood or my mother will beat me up!” (He had quite a tough mother too!) Any kind of pain that he would endure, he would just say “oh forget about it, just patch me up and let me go on!” Well, Master said we have to be like that: tough on ourselves, not tough with other people. But we have to just accept what comes and it's a very good training. In fact, I’ve had this this experience in going to the dentist, for example. I’ve told you one story; I never take Novocain or anesthesia. At one time the pain got to me more than that usual. Usually, I sit back and even if it's a root canal or something I'm composing music in my mind or meditating or something.

But one time the pain was so great that I was not able to detach my mind from it. Well, here's something I learned that was really quite interesting. I accepted the pain instead of withdrawing from it. I went into the heart of that pain and when I could get deeply enough into the heart of it, suddenly it disappeared.

Be even-minded and cheerful

Just as, if you can get deeply enough into your own heart you disappear; there's nothing but God left there, so, it actually worked! The pain was no longer there! Well, with your experiences go into the heart of them and realize that God is at the heart of everything. One rule, well it's a double rule that we need to apply in life wherever we go: this was something that my Guru held before us as a slogan we should always keep in mind: Be even-minded and cheerful! No matter what happens just look for the best in it and you will see that there is a best there somewhere. 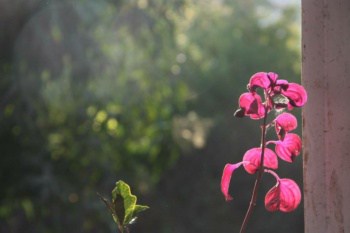 People may seem to be trying to destroy you; it's happened to me; it happens to many people. Most people think “Oh no one has suffered as I have suffered!” That's a silly thought, everybody has to go through it. Sometimes people cling to their pains. One time my Guru had a woman come to him and she was recounting to him the harrowing experience she had in an operation and my Guru said “you would have thought that she was talking about something that happened yesterday but I saw she looked pretty well. I said ‘When did this happen?’ and she said ‘20 years ago!’ For 20 years, she'd been suffering as if it was today!” Forget your past.

God blesses you through everything

There's only one way out of this this torture chamber of life, and it is that in the end when you feel Joy. Well, it seems as if you'll never feel pain, but when pain comes, it's awfully real, and when people whom you've loved betray you, I think that's been the hardest thing in my life – betrayal. Betrayal of people I love dearly, I still do love but they have tried to destroy me. Yes, that's painful, but I say “well, it's all in God's love.” I'm grateful to God for his love however he wants to express it and what I’ve seen is that when I accept it instead of rebelling against it, trying to get even and all the things that people tend to do to sort of ward off pain; they think by hurting the other person they're going to feel less pain, that's not so, that's just delusion! 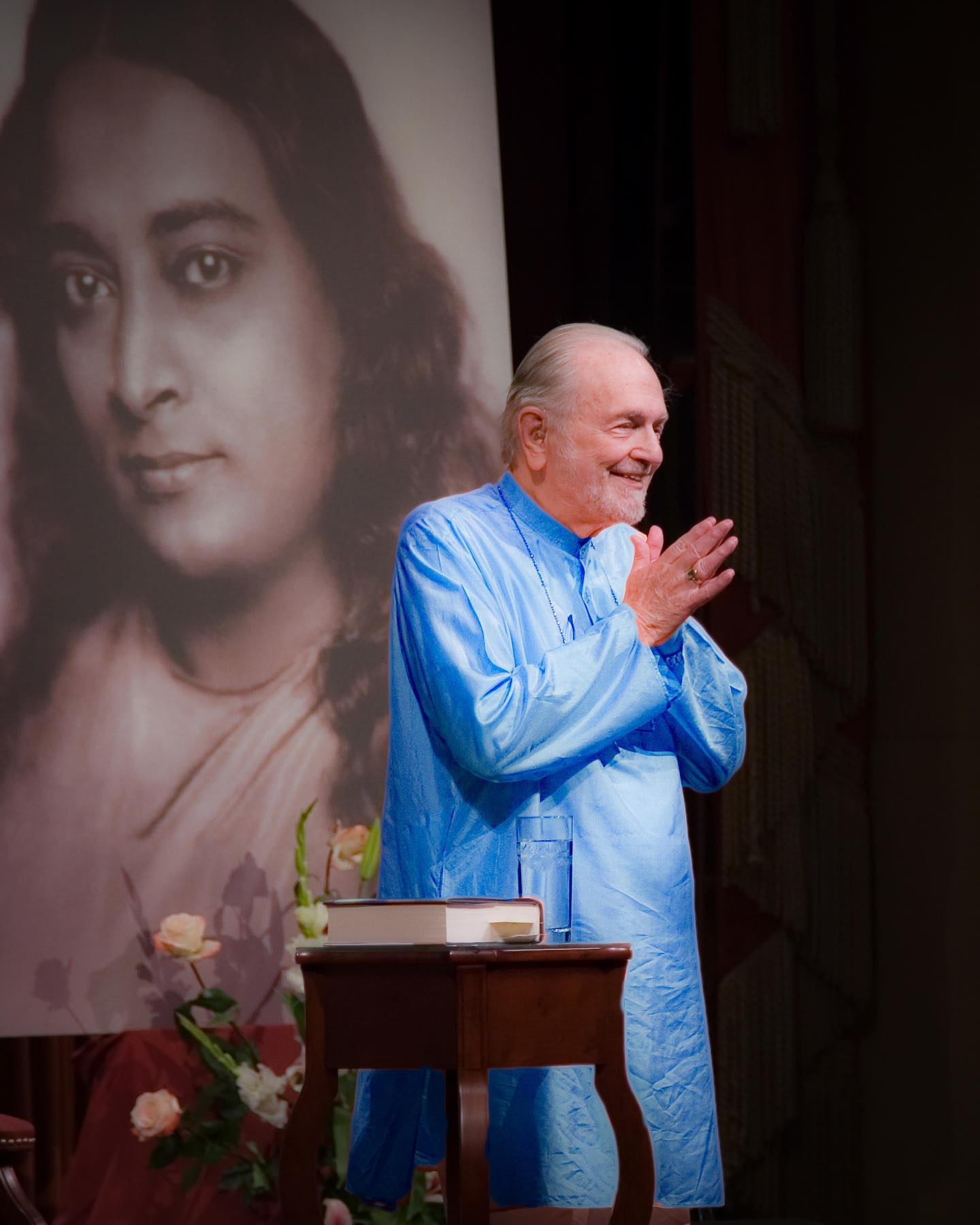 But I’ve found that every single test I’ve had to go through has always resulted in something positive. But I had to accept it first. Often, you'll find if you're seeking his guidance that all doors will close in the direction that you want to go, that your own mind tells you ought to go, have to go, everything! You can't go and you think, “oh why is God so cruel?” If you give your life to God, this is what I’ve discovered and I can share this as an absolute experience, you will find that he pushes you in the only possible direction. There's only one way you can go. You may be taken by life kicking and screaming in that direction but afterwards you look back you'll see that was the only thing possible; it was the best thing in the world. I can look back on all those tests and say what a blessing they were. God blesses you through everything if you give your life to him, so remain always at peace in yourself. Remember all that happens is to help you to become even-minded and cheerful.

This is an excerpt from Swami Kriyananda’s talk on the topic "Attracting God’s Healing Power" – from the Conversations with Yogananda book series. You can watch the unabridged talk on: https://youtu.be/uQCr4AqrGq4