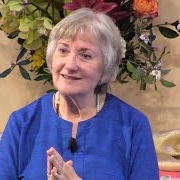 Swami Kriyananda would often put people together, to work on a project, who were in extreme conflict of each other. I saw Him do this a number of times, and you think, “Doesn’t He know that they don’t get along with each other? Doesn’t He know they drive each other crazy?”

But he did it for their benefit, to get them to try to find a way. Some of those succeeded and some of them didn’t. But Swami also said, “If you have it…”, using the image of a line graph, “…if you have a test that kind of takes exerting that much energy, the way to overcome it is, you have to exert that much more energy.” So, knowing that you’re weak, that person will continue to provoke you.

I know some people who are the provocateurs. Some people just like to provoke other people. I don’t know why. And if you can just say, “Ah! they are the provocateurs” then you just don’t need to react. But it takes more energy than what they’re putting out. How does that energy demonstrate? Through inner discipline, you know. “I will not I will not let you provoke me. I will not let you get a reaction”. And when they see that no matter what they do, you are calm; you are even minded, it’s not fun for them anymore. And so, they move on to someone who they can get a reaction from. 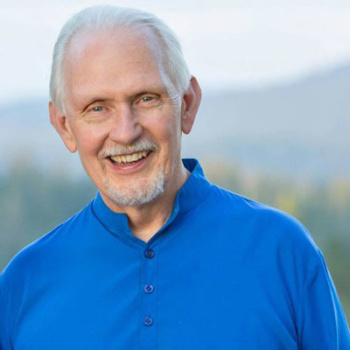 The essence of what Deviji has said is, there comes a point where you you’ve reacted the same way so many times, that you finally say, it’s no use doing this.

There was a funny skit done by an American comedian. Basically, it was this couple. And in the middle of the winter, they always had exactly the same argument. And it would start by them, because they were bored, and so the wife would say, “We never go anywhere.” and the husband’s role was to say, “Yes we do. Just last summer we went to the Twin Cities.” This is in Minnesota. And her response is, “The Twin Cities! That isn’t anywhere. Why don’t we ever go somewhere nice.”

And his response was supposed to be another rote response but he broke the mould and said, “Where do you want to go?” And she didn’t know what to do with that argument because it wasn’t the same rut that they’ve gone through. So, she crazily said, “Let’s go to Los Angeles to visit our son.” And they went on this trip, had a terrible time because neither one of them wanted to go. It was just a rote argument.

So, in familiar situations there comes a time at which we’ve gone down the same road so many times that you can begin to get a little bit of distanced and say, “I don’t need to be provoked like this anymore.” There was a couple of Ananda who had a good sense of humour and they were having a big argument between the two of them and then one of them, the man said, “I’m not caught yet. Are you caught?” right in the middle of their argument, meaning that he wasn’t totally involved and of course it broke their bubble and they stopped arguing. There’s no fun anymore. 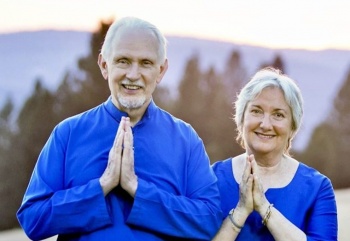 But there comes a time at which actually, having someone who provokes us in the same way all the time, is very helpful. Those particular buttons are harder to push in us. And eventually we get to the point where those buttons aren’t pushing us anymore, no matter what this person says. They’re going to have to find completely new strategies, to find new buttons you know.

So, the other thing is, if in the midst of it, we can pull back and often this is not easy to do, but if we can, it’s extremely helpful to say, “God this is you who are provoking me in this way. What is it that you’re trying to teach me through this provocation?” and pull back just that much, because that is the truth that circumstances in our life are always trying to teach us a lesson. And if we can ask, “What is the lesson?” not “You’re wrong and I’m going to have to correct you” but “What is the lesson?” What do I have to learn?” then also it is very helpful.

This is an excerpt from a satsang with Nayaswami Jyotish and Nayaswami Devi on the topic of “How to Deal with Negative Energies”.
Watch the full video here:
https://www.youtube.com/watch?v=ndQH9I56x5o