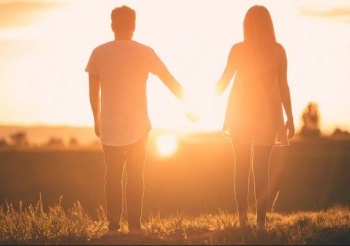 Human love between couples, siblings, friends, relatives or between any two individuals is mostly based on conditions which, if not met, leads to frustration and sorrow. However, if human love is without expectations from a relationship, it can take the form of Divine love. Paramhansa Yogananda said that, “God is the only one who fulfils His promise of loving us eternally.” A mother’s love for her child, of any age, is the closest to Divine love. Witnessing the outpouring of mother’s love is a common experience, as she gets naturally alarmed to attend to her child’s needs, all because her love is not bound by any preconditions or limiting factors. The child, though, as he/she grows up, may not equally respond to the mother’s love with same unconditionality and respect.


Just as a mother addresses spontaneously the gross needs of her child without any signal of want from the latter, yet hastens to help in moments of sheer discomfort, God—the creator of the Universe—loves and fulfils the needs of us all, His children, without our asking and even without our knowing that He is giving us all that we need to live, the most important being our breath and a well-orchestrated body with its multitude of cellular functions happening all the time as we remain oblivious of it. But yes, He also listens to our calling, especially when we pray to seek His blessings or, like a child, we yearn for Him, and not His gifts, with our strongest heart’s desire. Yoganandaji said that, “God has everything, but all that He wants from us is our unconditional love.” So, our sobs and tears, like that of a little child, expressing our deep yearning for Him are not unnoticed by Him.

Despite God’s infinite gifts to us, we forget Him and yearn for human love in various forms. Only if love for God is prime most in our hearts, then all forms of human love are bound to gain strength. Therefore, Jesus said, “Seek ye first the kingdom of God and His righteousness, and all these things shall be added unto you.” Expressing our unconditional love for God is the highest form of love, as it is most rewarding in terms of what we get in return, which is priceless peace and boundless joy! As Yoganandaji, on meeting Dr. Lewis for the first time, said: “I give you my unconditional love. Will you give me yours?” Although Dr. Lewis said, “Yes, I will give you my unconditional love” and became the first disciple of the great Guru in America, little did he realize at that time, perhaps, how his life would completely change, because from then the Guru had taken charge of his life! That is exactly what the Guru is asking each and every devotee. All we have to do is to love the Guru unconditionally with open and receptive hearts, yearning for Him alone, allowing the His consciousness to enter and take charge of our lives! 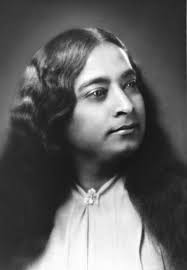 When we are in love, don’t we feel a sudden upsurge of emotion that gives us pleasure like the kind one feels by the coming of blooming spring after a spell of dry autumn? An intense longing for the Divine Beloved, fuelled by devotion, fills the hearts of devotees with indescribable joy, which stems from the hope of meeting Him. Then, for human love, what do we do to impress upon our beloved? We sure care for our looks and put up all outer garbs of attracting the one whom we are in love with. How shall a devotee present oneself before the Divine — the cosmic beloved? Well, it is by adorning oneself with the jewels of not gold but that of humility, kindness, forgiveness, overflowing gratitude and, above all, unconditional love for the Divine that make us draw His infinite blessings.

Yoganandaji said that “to know God is to love all.” The oneness with all people and all living beings expands our consciousness, which is the way to express our love for the omnipresent God. The Bhagwad Gita says, “He who perceives Me everywhere, and beholds everything in Me, never loses sight of Me, nor do I ever lose sight of him.”

Hurdles to the Flow of Love


To express our love for God we, therefore, need to expand our consciousness to love all. That, however, seems to be a tough challenge, as we naturally get pulled away from some things and people whom we do not like. This is because our heart is laden with vrittis, or vortices of feelings, which prevent the energy of pure love to flow through it. That is why the ancient sage, Patanjali defined yoga as, “Yogas chitta vritti nirodha,” which means that yoga is the neutralization of the vortices of feelings in the heart centre. Regular practice of Kriya yoga allows the energy, withdrawn from the senses, to rise upward in the spine to the throat centre, and then further rises to reach the spiritual eye or the point between the eyebrows, which is the seat of Divine awakening. Yoganandaji said that it is primarily our likes and dislikes, caused by delusion, that create biased feelings of the heart. These give rise to vrittis, or vortices of ego-directed feelings of attachment, which interfere with our life’s smooth functioning and cause us much suffering. Yoganandaji said that Kriya yoga is the highest pranayama technique that neutralizes these vrittis, the seeds of karmic actions. A yogi’s life is thus focused on keeping the heart free of vrittis by being inwardly centred, with even-minded awareness of God as the sole reality. It is from this calm state of even-mindedness that our heart can love all, that is in other words, love God unconditionally. Therefore, Jesus said, “Blessed are the pure in heart, for they shall see God.”


The Divine qualities of devotion, surrender, servicefulness, humility and receptivity towards God are essential for freeing the heart from vrittis, and these qualities can be developed through exercising of will power. As Yoganandaji said: “The greater the will, the greater is the flow of energy, and the greater the flow of energy, the greater is the magnetism.” Thus, as more will power is exercised to develop these Divine qualities, greater is the flow of energy to the heart centre that makes it turn into a powerful magnet, drawing upward the life force from the base of the spine and rising to reach the Kutastha Chaitanya, or the spiritual eye, where soul consciousness is experienced. Swami Sri Yukteswarji said that such Divine qualities are developed through moral courage to practice the five Niyamas (Cleanliness, Contentment, Austerity, Self-study and Devotion to the Supreme Lord).

In his book, The Holy Science, Swami Sri Yukteswarji has explained that, by developing firmness of moral courage, following the Niyamas, eight obstacles or meannesses of the heart are removed. These are: Hatred, Shame, Fear, Grief, Condemnation, Race Prejudice, Pride of Family and Narrow Sense of Respectability. Once these bondages are removed, the flow of energy in the heart is unobstructed, and this causes expansion of the feeling of love that touches the hearts of all beings. This state of loving all, without conditions or expectations, is the state of spiritual awakening when we are actually able to express our unconditional love for God. Also described in this book are the five transitional states of the heart of a devotee as he/she progresses on the spiritual path. These are the dark heart, a state where man considers the material world to be the only reality; propelled heart, a state where man struggles to find the Truth and seeks a Guru for Divine counsel; steady heart, a state where man continues to remain immersed to knowing the Truth; devoted heart, a state where man abandons the idea of external world and becomes devoted to the internal one; and the clean heart, a state where all ignorance is removed and man comprehends the Spiritual Light.

Thus, in a state of deep yearning for the Divine, the heart of a sincere devotee sobs and weeps, albeit joyous with the hope of uniting with Him, and cries out, “Lord, I love you…unconditionally!” 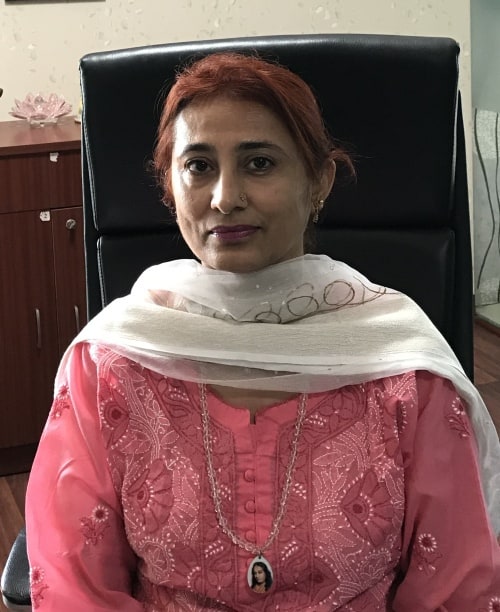 More from this author: See all