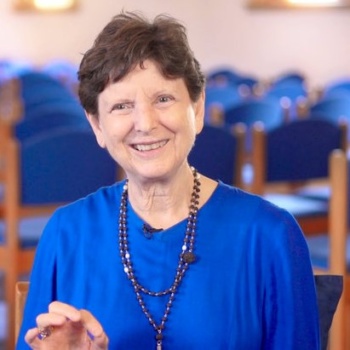 We are discussing the chapter on Salient characteristics of Yogananda from Swami Kriyananda’s Biography of Paramhansa Yogananda. We are calling it ‘Live like Yogananda Series’ and will be discussing Generosity today. What Swami writes here is “Master’s generosity extended far beyond mere money or material gifts. It included, also, for example, allowing others to have the last word, deferring to their opinions, applauding whatever good they did.”

Is being generous your Dharma?

Generosity is actually a word that gradually, over time, has attained great meaning for me. Over the first few years of my spiritual life I was trying to come to some level of self-understanding and look at the things in my life that had worked- the relationships that had been fruitful, the friendships that were enduring. What were my true values?

And the word generous became very important to me partly because I have a lot of energy but also because I’ve always been generous. If somebody needs help I want to help them. If I have some ability that would be beneficial to someone I want to give it, if I have time, I want to share it. Being generous, I realized, was extremely and fundamentally important to me; and it also helped me think through.

What kind of friends I would need in my life, what kind of co-workers, what kind of a community I would need -because when that generosity is thwarted for a person whose energy flows in that direction, it’s a breaking of dharma. Several times in my earlier life, I had been controlled by people who did not have the same generous spirit that I had, and I realized that it was a moral lapse on my part to allow that to happen. Swami Kriyananda affirmed that it was a salient characteristic of mine that I had to honor and I couldn’t allow others to curtail it.

Opening our hearts to Divine Mother

One of the reasons why I have always felt so in tune with Swami Kriyananda, and even with Ananda, 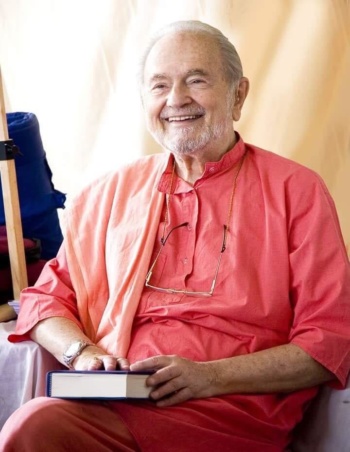 Swami Kriyananda’s words were “if we close our heart to divine mother, divine mother will close her heart to us”. For him it was absolutely unthinkable that just getting the community together meant that we demonstrated that we were there  to serve. We were not there just to make a beautiful place for ourselves. The entire point of what we were doing was to be an open doorway, to provide inspiration for others.

Opening our hearts to Divine mother was for truth-seeking souls who came to Ananda Retreat for the same reason, that all the rest of us were there which was a longing for truth, a longing to be closer to God, a desire to have kindred spirits to meet anyone in this world  who actually resonates with your own  vibration.

Generosity of Masters to take on earthly garb for us 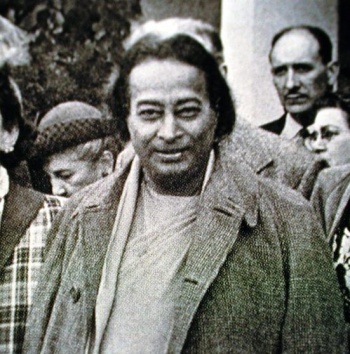 When Swami Kriyananda(Swami) says Master was generous – he wasn’t just generous with money and material things. He collected various things and Swami writes about how he was negotiating with the owner in some antique store. He was struggling to be conscientious with the institution’s money and not overpay. When he finally sort of got the price he wanted and paid for it, he then gave the man a generous tip. The man was so pleased that he gave Master a special antique umbrella. Afterwards Master said that the man’s shop had such a poor floor there. “I think I’ll buy him a better floor” and – he just did.

The money flowed through him; he would just never acquire it. Another example is Yoganandaji would often give the monks small sums of money so they could go out and buy ice-cream. Swami Kriyananda tells of one story where he was saying to the young monks who were working, “It’s kind of a hot day. Isn’t it?” They knew where he was going with that but they just played along and said, “No sir! It’s not too bad.” Master repeated “Gosh! Seems to me like it’s really a hot day.”  The monks said “Well if you say it’s a hot day, sir, then I guess it is a hot day.” Then he laughed and said, “I can’t keep money and I 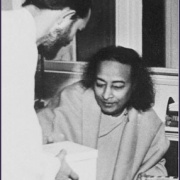 won’t.”  He then gave them a dollar or whatever it was required to go out and buy themselves some ice-cream. Swami Kriyananda said that he spent out of his own wallet in order to save the dollar that Paramhansa Yogananda gave him.  It’s actually there in Master’s shrine at Ananda village.

In ‘Whispers from Eternity’ there’s this wonderful poem, “Teach me to spend as joyously and happily for others as I spend for myself.” That’s very interesting because everybody tells us that we have to be practical. Swami Kriyananda would always say the word ‘practical’ with a sort of tight voice. People don’t say ‘practical’ with a loving sweet voice.

No, you have to be generous. Paramhansa Yogananda says, “I can’t keep money and I won’t.”  Why are the resources given to us except to do good work for God? This is just what Master did. When someone came and asked ‘what are the assets of this organization?’, Yogananda ji said, happily, “Absolutely nothing. God is our stocks and bonds.”  Meaning to say we’re here for serving God, not to accumulate. So this is what we do.

Generosity is not just about money

The generosity of material things is very touching, but Swami Kriyananda said it went much farther. That Paramhansa Yogananda was generous, doesn’t even begin to describe it. He was completely generous with his love, with his affection, with his desire to help and generosity of spirit. If there was any way that he could help someone, spiritually speaking, he would. Master said that nobody crossed his path except that it had a specific Divine purpose and that specific divine purpose was always the opportunity for Him to help someone grow closer to God. There was just never a time when he wasn’t willing to do that. 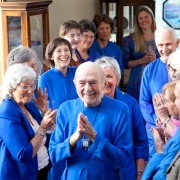 Swami Kriyananda had this same extraordinary generosity of spirit. I remember when he was sick in bed of a high fever with chills. He was just very ill and he’d invited some of us over just to have us around, I don’t know. I was sitting there and reading to him from the novel ‘The Robe’ which is a story about a garment of Jesus as it passes through the ages. It’s a wonderful novel. There’s a knock on the door. The front door was 10 feet from where Swami Kriyananda was sleeping in bed, the two being separated by a visual barrier. I opened the door and the man said in an agitated voice, “I have to see Swami Kriyananda right now…” I wasn’t about to let him in so I insisted that we go outside. We talked in a low voice and I said “Swami is very sick. He has a very high fever” but the man insisted and I replied “He can’t talk to you right now.” All of a sudden I hear a full voice from Swami “Who’s there, Asha?” I said so and so is at the door. “Tell him I’ll be right down.”  Swami gets up, puts his bathrobe on, goes and doesn’t even sit; just stands in the doorway. After 10 minutes I went down to ask him if he wanted a chair and he refused saying he was fine. The man’s problem was real to him.

I’ll say that it’s not for me to say what is a serious problem, it’s for the person who’s having it. Swami Kriyananda talked to him for 20 or 30 minutes, just standing there. Swami was at absolutely full strength, completely attentive while he finished the whole thing.  The man was unspeakably grateful and went home. Swamiji walked the 10 feet back up to his bed, got back into bed shivering with the fever again. That’s generosity of spirit.

I have actually experienced it and this was very early on the spiritual path. He went into seclusion and I

got myself in trouble. I didn’t want to disturb his seclusion but my friend Seva told Swami that I got myself into trouble. So Swami Kriyananda calls me down to his house. He doesn’t break his silence. We have a conversation where I talk and Swami types his answer. We sorted what I was going through and I was rescued which was important.

Then he walked me to the door and I said, “Sir! I’m so sorry that I had to disturb your seclusion.”  He looks very sternly at me and we go all the way back around to the office. He sits down at the typewriter and writes – “You insult my friendship”. He said “You would imagine that my seclusion is more important than your welfare”. That’s real generosity of spirit. It’s like I don’t exist. I’m just here. I’mhere to serve and why would I not want to serve?

Swami Kriyananda also said that Master had great respect for other people’s opinions. He didn’t need to have the last word. He never needed people to know how powerful and how enlightened he was. None of that. He was there to serve. Period. His energy had one purpose which was to help others. And again this is not just discipline on his part. It can be disciplined on ours until it becomes realization. There was no self to protect. Everyone was just the same.

Anandamayi Ma was just moving around among crowds and one of her devotees said, “Doesn’t it bother you to have all these people around?” She said, “Am I bothered to have my right hand with me?”  She said “Everyone to me is the same as me. What’s the difference?”

Unity of Giver and Receiver 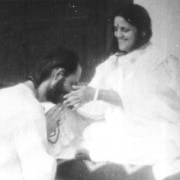 Swami Kriyananda mentioned to Anandamoyi Ma how generous and unselfish she was with her time and attention to him. She replied, “Oh is that how it looks to you? You think that I’m separate from you giving to you. There’s no separate self, giving to you.” That’s not how it looked to her. It’s just we: the entire world.

And that’s Swami Kriyananda too. One time we were in Disneyland when he was looking at the crowd and he said, “Imagine not only loving  all these people but being equally every one of  them.”  He said that’s who Paramhansa Yogananda was.

Gives a new meaning to the word generous. Doesn’t it? But it still gives us a beautiful stroke of the divine that we can aspire to express. 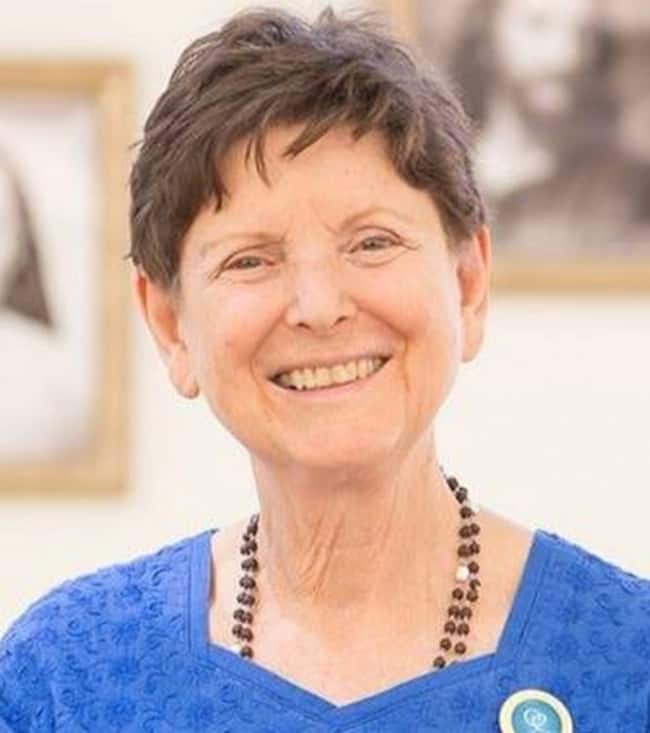