That's a good and very important question. Let's first look at this in terms of brain physiology and the neuroscience of the brain. Paramhansa Yoganandji said that every thought is real, that it is an energy just as electricity is an energy. He said that every thought creates a little bit of a groove in the brain and repetitive thoughts create deeper and deeper grooves in the brain. 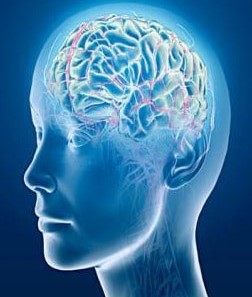 Modern neuroscience would say that these are a neural circuitry or neural pathways in the brain. So think of the mind as being very kind of plastic, really the brain has the consistency of tapioca pudding one might say. It isn't solid, it's very fluid. So think of every time energy goes through a neural pathway, it leaves a little track. Well of all the thoughts we have during the day, we leave all of those little tracks.

Now some of them if they're positive along with that positive track there are also positive neural chemicals that are released that make us feel better. There are four or five major ones. I won't go into it because it's a little technical but there are major neural chemicals that make us feel positive or allow us to feel positive and when we have negative thoughts or we have fear or we have anger it releases let's call them poisons negative neural neurochemicals into the brain.

So with every thought we create a little track in the brain and we also release positive or negative neurochemicals in the brain. And so what we want to do is to control our thoughts to the extent that we can, so that we create a healthy neurophysiology inside of our self. And that of course cascades down the body, you release hormones positive and negative and so physically you feel good or you feel bad or you feel jerky or you feel angry or tense. All of those things follow along with neurochemistry. 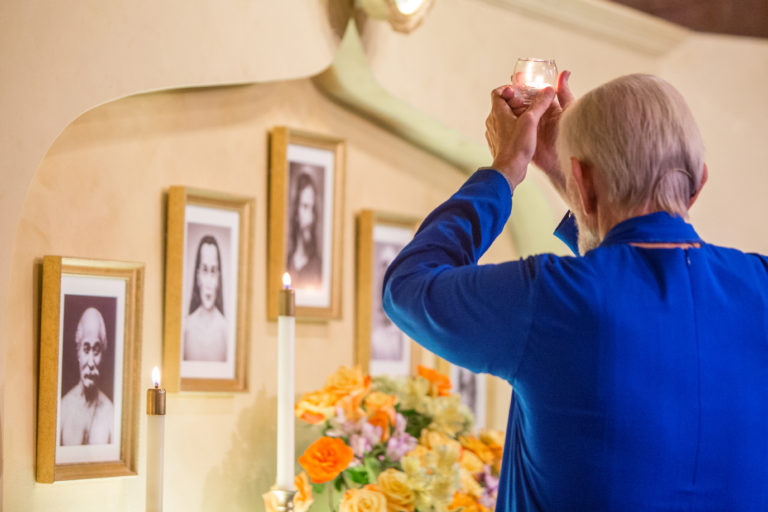 Another aspect too is the principle that Yoganandaji talked a lot about and that's magnetism. So if you have a positive outlook, if you meet life halfway, if you say yes to life as Swamiji (Swami Kriyananda)  used that expression, then you create a positive magnetism and you draw the opportunities to you. 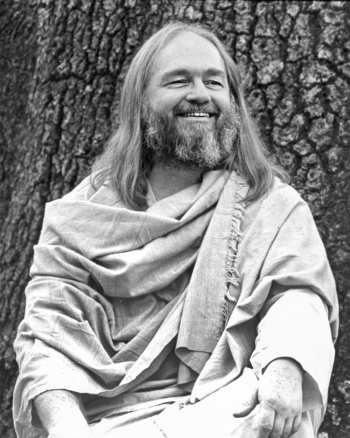 And we've seen this countless times in watching Swami Kriyananda operate in the world where because of his positive energy he just drew the right people, the right opportunities in his life. And he had many opportunities to be discouraged and to be negative like when the Ananda Village burned to the ground. But he just never, he had so trained his consciousness to be uplifted that there was a flow of positive energy.

The greater the will, the greater the flow of energy. Greater the flow of energy, the greater the magnetism and this works positively or negatively. If you have very strong negative magnetism ‘nothing's going to work, oh I have the worst luck and no one's going to care about me’, you will manifest that and you will draw that to you exactly but if you are thinking ‘you know I think I can do this’, it's hard, I mean this is what Swami's attitude was. I'm going to create a community out of nothing with very little money, with a handful of people to help me but we're going to do this and in that positive flow of it and it wasn't with pride, it wasn't with hubris, it was just with a sense, it was with an upward flow of energy and that magnetically drew amazing opportunities.

I remember once we were in a bookstore with Swami Kriyananda and he found a book that he liked, it was on display, I don't even remember what the book was, it was a small shop, but he said to the owner ‘Oh I'd like to buy this book’, owner said ‘oh I'm sorry sir that's our only copy, it's display, we're out of them’. And Swami looked at the book and he got out his phone and said ‘well I'm just going to call the publisher and and have him mail me the book’ and the book shop owner said ‘My Sir, you're very direct’ and Swami said ‘I don't know how else to be’.

You know he just was so solution oriented that whenever a block came he found a solution and so being positive is, really it’s planting seeds for the future, for your success in the future, for opportunities, for good health for so many things that we strive for in life. We need to understand that it's because of the positive flow of magnetism we put out, that these things come to us. 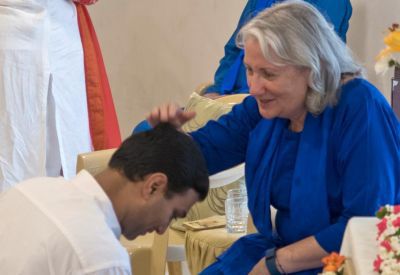 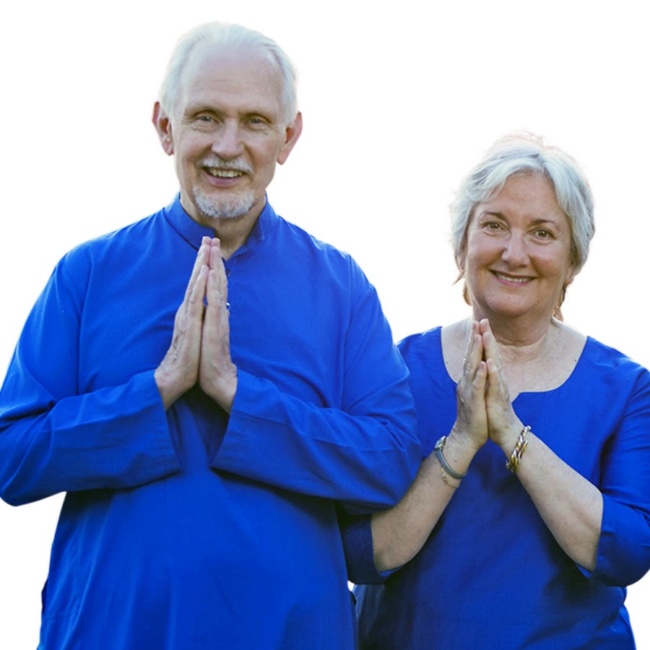