Getting up in the morning, albeit generally unwillingly, the little ones prepare for attending school. There they spend a regular tiring day, filling themselves up with the syllabus and of course on most days having fun with friends too. On reaching home they have meals, study, play and another day has ended. Off to bed they go.

But then summer vacation comes and this routine is paused for a while! It’s the most cherished time in a child’s year. 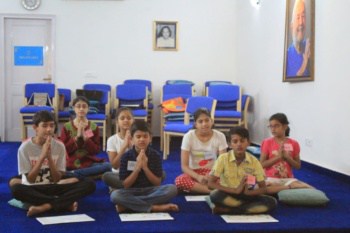 But what about their inner life? Their inner development? Are children not eligible to explore the science and art of Self Realization? That is an interesting question, because Yogananda ji has also addressed children especially as part of His great work to uplift mankind from ignorance. The approach of Ananda in introducing children to Yoga and Meditation is to engage them in enjoyable activities that will direct their energies into learning certain life skills necessary for righteous living.

Ananda Sangha Noida was blessed with an opportunity to serve Master’s work through a summer camp, which was unlike any other that children are usually enrolled into. Rather than just worrying about keeping the little ones busy, there were some parents who got attracted by this idea of bringing a positive change into their children’s behavior.
Thus began the seva. Some devotees planned the activities, some advertised the camp and some interacted with the children directly. So much effort was put out together and the fruits harvested were very sweet. 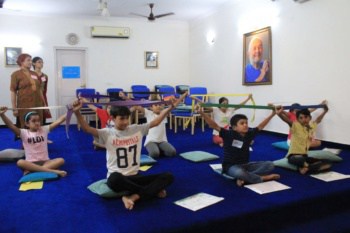 The camp was two weeks long with four classes each week. There were plenty of activities keeping the children and the serving devotees on toes the whole time. The day opened with chanting Om and Guru Vandana after which there was a yoga posture class. Mind you that yoga for children is different, at times there was so much laughter! For instance stretches were replaced with a game of posing as different animals; after the yoga class some children asked if it was also possible to pose like a donkey!

How could Superconscious Living Exercises be left out? Of course they were part of our schedule too! 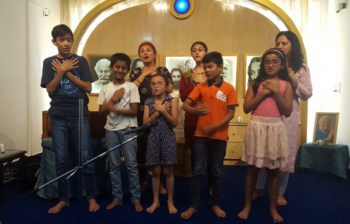 Then began the enchanting choir session with children singing the melodious gems of Swami Kriyananda ji. The words not only conveyed a message but also brought about a vibrational change in all singers. They even played a game of figuring out actions for the words of the songs.

But can children meditate? They daily took some time to be silent; for the first few days they lay down, with a coin on their forehead to focus on. Gradually they became more interested about developing focus and sat calmly to observe their breath. One day they reminded the guides they had missed the meditation due to the tight schedule and so we included it that day too.

We learnt appreciating Mother Nature who gives so much love to us, her children, and realized we must give back to her also. Therefore the children made a bird feeder out of used plastic jars, gardening plates and some rope. It was a joy to hear afterwards how one child filled his feeder five times within few days only; very hungry the birds in his neighborhood must be! Waste water was used for the plants in the garden of the Center to demonstrate “reusing”. 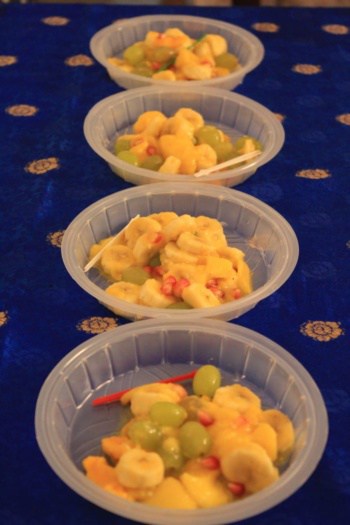 Children are an ever hungry lot, aren’t they? And the camp would not have been a success without Satvic cooking. Every day they prepared a healthy but tasty dish or two using fruits, vegetables, curd and other such ingredients to eat together as Prashad. It was emphasized that Satvic cooking needs, most importantly, a calm cheerful consciousness while preparing the food. Not to forget mentioning that the waste from the cooking activity was put in a compost bin and waste seeds were planted; later on the compost was used in the Center garden and the seeds had sprouted.

There were so many more uplifting learning experiences that the children were offered at the camp that the list is endless. There were games like writing a vice on a dry leaf and then putting it into the compost bin, concentration games where children had to learn the harmonium with sheer power of observation without any verbal instruction and listening to stories from the book Mejda. To mark the end of the Happy Days for Children Summer Camp, the children made a presentation at the Sunday Satsang which included a role play of one of the stories from Mejda. 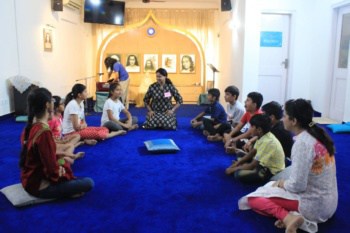 The devotees at Ananda Sangha Noida felt blessed, so did the participating little ones and their parents as well. Some parents have come to the Center to attend the classes and events. They saw the positive change in their children, and became interested in how they could connect to these most practical, beneficial, age-old teachings meant for all. 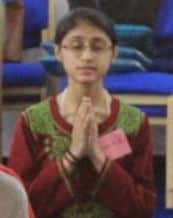 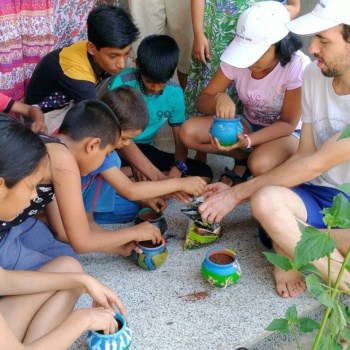