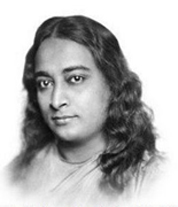 The Spirit was invisible, existing alone in the home of all space. He piped to Himself the ever-new, ever-entertaining song of perfect beatific bliss. As He sang through His voice of eternity to Himself, He wondered if aught but Himself were listening and enjoying His song. To His astonishment, He felt that He was also the cosmic song and He was the singing. Even as thus He thought, lo, He became two: Spirit and nature, positive and negative, man and woman, the peacock and the peahen, stamen and pistil of the flowers, the male gem and the female gem.

All these He became in thought only, as yet. All these dualities He only dreamt within Himself, as yet. Then He loved His dream of dualities, and He thought: My dream is Reality! My imagination is Truth?

So this vast cosmic dream became the cosmic soul of nature!

Then the Creator began to clothe His subtle dream with grosser dream-decorations and to con dense His beautiful dream; and He asked the cosmic dream to awake into consciousness, to come to life and shine like a piercing star of cosmic vitality in the dark skies of consciousness. He said: “My shadows of imagination and My dreams must have life; being a part of Me, they must be living, even as I am living.”

So the dream-thoughts began to take luminous forms, until all things were created as light Star, man, herb, flower and bee – all shone as living stars in the limitless firmament of His dream. Being endowed with motion, they danced and dazzled. Behold, the Spirit had become God – the Father Protector of creation.

Now, although so many dazzling things were suddenly within Him and about Him, He saw that they suffered from sameness; so He dimmed the light of His power and focused all His rays in space and began to condense His astral cosmos. Lo! All things began to change their vibrations, becoming different in color and form and density. His astral cosmos became frozen, and the earth took a brown, solid form, and the lunar men became fleshly forms of definite, condensed dreams, and the nightingale dreamed its feathery plumes, and the trees wore flowers. He caused all things to dream with intensity, to dream definitely and continuously; He caused them to dream astral and gross dreams, even as He dreamt them into being. Thus the gross cosmos came.

As in a dream one can create a complete idea universe, or can see a cosmos made of lights, and can see, touch or hear a gross cosmos: so God created in His one dream other dreams and the relative experiences of an idea cosmos, of an astral cosmos, and of a gross cosmos. As in a dream, one can think and feel, or can see electric lights or experiment with the atomic or astral composition of the universe, or see or taste or touch a piece of ice, or move across the hot sands of the desert of Sahara, or can see people, born or as yet unborn: so God, the Creator, began to dream of nebulae, of born and unborn planets of an astral, electrical cosmos, of thermal laws and laws of gravitation, and of thought, feeling, will, flesh and sensations.

This cosmic dream is like our human dreams. And it is only when we are fully awake in cosmic consciousness in God, and not in our human consciousness, that we can realize that all the trials and the joys of the universe are but God’s dream. It is then that we can laugh at the trials and pleasures of life, and laugh equally at birth and death. So this universe body made up of bodies that appear so divided, separate, relatively contradictory, full of wars between solids and liquids, gases and energy – is in essence invisible and dimensionless. For the universe and the body-cells of its being are the frozen thought of God. Science shows us that all matter is frozen light. And light is the frozen dream of God’s intelligence. 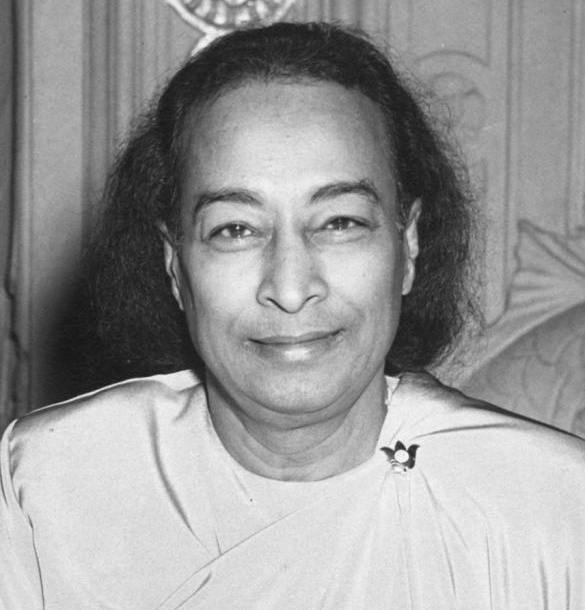