It was December of 2009 and Swamiji had just returned from Italy. I was living at our Ananda Ashram in Gurgaon which we knew as B-10/8. As soon as Swamiji returned and was settling into his house known as Guru Kripa, I wrote to Swamiji asking him many questions about future directions I could take. I used to ask for Swamiji’s advice on every important decision and so I couldn’t wait for another opportunity to get a go ahead from him on a project. It was to be a direction I could explore and dive into, a new avenue of learning, and new steps I could take. 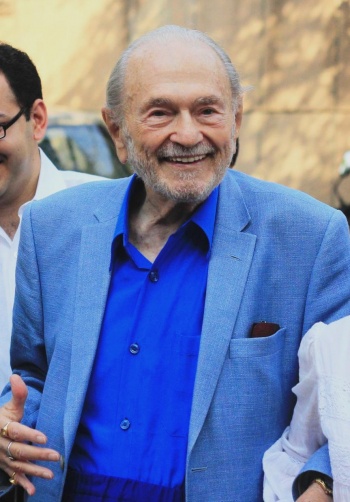 I was sure that, as usual, Swamiji was going to let me know what would be good for me. But this time, I was going to learn an important lesson which I have since tried to remember many times in my life.

From Swamiji, I got a different response than usual. I quote his exact words here:
“Dear Gaurja, when writing to people you ought to show some interest also in them. For instance, I’ve just returned from an important pilgrimage to Medjugorie. But many other things also have happened in my life, and you’ve never referred to any of them. It does give the impression of excessive self-involvement.”

I realized my mistake after reading Swamiji’s response. In my excitement to do all these new things, and have Swamiji’s approval on my life directions, I was forgetting all about Swamiji himself. I didn’t ask him how his trip went, I didn’t ask him how his health was; I was too self-involved, as Swamiji explained in response to my email. He always gave his energy and support to me with love and encouragement, but I forgot that it’s not all about me.

How often in my excitement to talk about my life, my aspirations, my hopes, I completely forgot about the people around me and what they were going through. Swamiji writes in his book Education for Life that “Maturity” is the goal of Education for Life, and maturity is the ability to relate sensitively to other people’s realities. As a student of Education for Life, I was learning to really understand this principle. Now, from Swamiji pointing it out to me, I understood where I was going wrong, and ultimately, I was learning about what I could do to change my attitude so that I could become a blessing to others, a person who genuinely cares for the welfare of others. 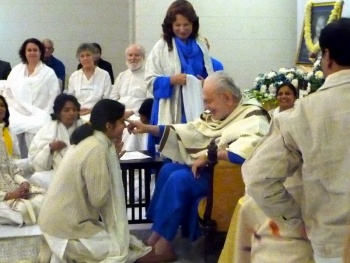 And so, from then on, I tried to ask Swamiji about things and events unfolding in his life, and tried to not miss an opportunity to ask him questions – questions that would express concern for his welfare, and what was important to him, his life’s work and Master’s mission. Especially when he had given a public talk or a satsang, I would make sure to be ready with questions regarding what he spoke in case others in the audience were not asking much. To Swamiji, this was important that we ask him questions. I still asked for personal guidance on things, but I was learning not to be too concerned about my problems.

Swamiji really took the time to correct my attitudes – something I am deeply grateful for. I know that if I had not been receptive, I couldn’t have changed myself. Looking back, I would say that something or the other was always happening in life which seemed to be hugely challenging. But having Swamiji’s constant inner friendship, which he expressed deeply and lovingly sometimes, silently other times, sometimes in person, sometimes through his written words to me, I just felt that I would never be lost again. 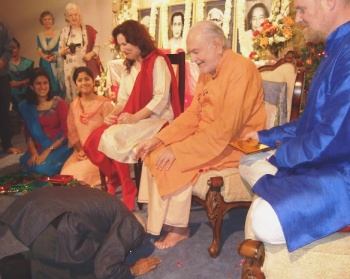 I had found my true home in my life as a disciple of Swamiji and Master. Isn’t it the biggest blessing of our lives, when we can be open to our Gurus – to the guidance they are showing us, to the change they want us to make in ourselves? Without changing ourselves, we won’t find happiness.

I wish for everyone, a life full of changes, inner more than the outer, so that we can clearly perceive the will of God. I also hope we can all remind ourselves often, to be mature when dealing with others, expressing interest in their lives, and not be excessively self-involved, like Swamiji was saying. Let’s try to do that even if life seems filled with challenges. Jai Guru! 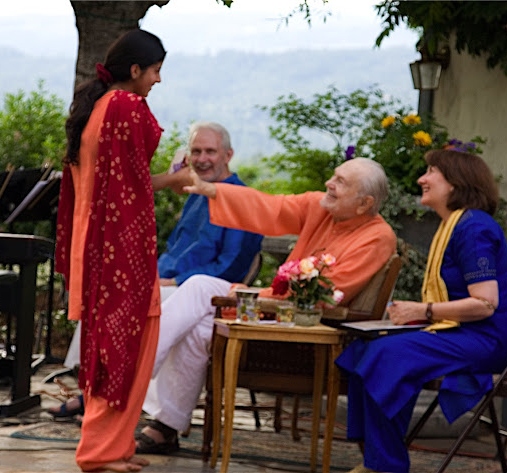