During a nature walk on the retreat day of the Ananda Pilgrimage to Babaji’s cave (Oct 2018), my senses were drawn to a small plateau-like elevation with two trees growing together from it – like twins – sharing, as if going along in life together. 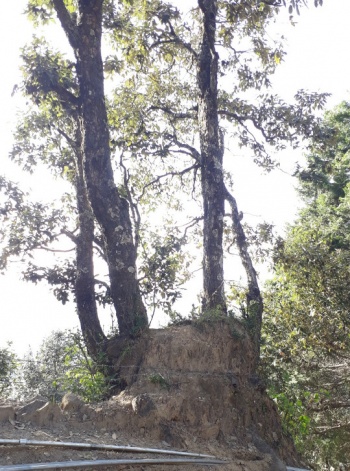 Somehow, this took my attention to our group of pilgrims: East, West, North, South – every part of the country was represented, and there were people from outside the country as well. There were first-timers who had recently heard of Paramhansa Yogananda; some who were joining Ananda pilgrimages for the first time; still some who had only heard of Mahavtar Babaji few months earlier.

Most of the pilgrims were meeting for the first time, but the flow of energy was palpable right from the moment we had gathered at the train station, waiting to alight the train. Throughout the trip, there was quite a free flow of conversation – chatting, getting to know each other, – in fact, even sharing personal journeys. Generally, one would think: “How could a person open up to ‘strangers’!? BUT, NO… they surely weren’t strangers; there have been soul connections from earlier lifetimes of caring and sharing. Each one was connected by the love of Babaji, the Eternal Master. It seemed like each one was a blooming flower emerging from the same stalk.

We all are but a part of Divine Creation, holding in our bosom the divine qualities similar to the nature around us. Mankind has chosen to distance itself from that soul nature, letting itself be covered by masks of various kinds. In the presence of other truth seekers, many of our masks drop and our inner connections deepen. Like nature, we are then ready to embrace all, share and care, and be one in the name of the Omnipresent.

Personally, it has always been a joy to be a part of Ananda pilgrimages. Every trip brings new friends, new learning, from the wisdom of others. The overflowing feelings of oneness and expansion leaves me in an altered state, not wanting to go back to the humdrum of life… but then again, we need to fulfill our karmic obligations. Here I am, eagerly awaiting a next pilgrimage. 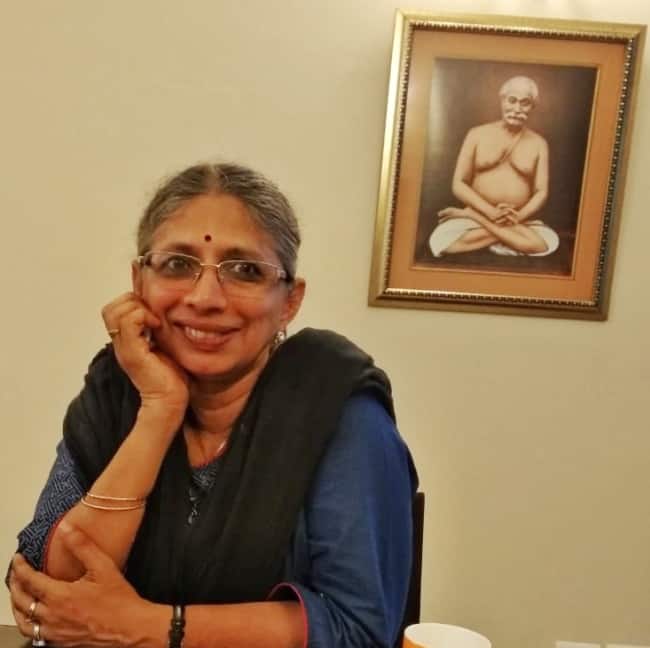 More from this author: See all
Stay Inspired