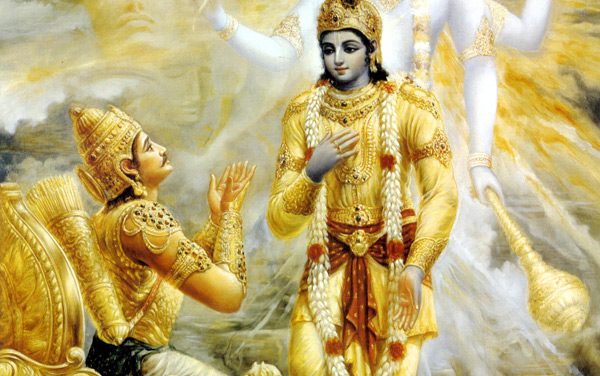 All the essential teachings of the Indian religion are to be found in this very short scripture, which one can read in an evening. But the depth of the Bhagavad Gita is such that, when Sri Yukteswar, the guru of Paramhansa Yogananda, was asked by a great teacher of the Gita if he had read it, he said, “No – although my eyes have run through its pages many times.” He meant “I haven’t really understood it yet.” And the saint said, “You are blessed to have realized the depth of this scripture.”

The essence of the Bhagavad Gita explained by Paramhansa Yogananda

In the Gita, Why does Krishna Ask Arjuna to Fight?

The Essence of the Bhagavad Gita

Give of Yourself to Receive His Grace

Kriya Yoga in the Bhagavad Gita

We Have to Overcome the Three Gunas

Self-Effort, Too, Is Needed

Fighting the Battle of Life

Kriya Yoga, the Yoga of the Bhagavad Gita

Absorb All You Heart’s Feelings in Me

Be Not Attached to Either Action or Inaction

Different Levels of Action on the Spiritual Path

The Secret of Right Action

As a Man Is, So Is His Faith

The Insigths of Wisdom – Bhagavad Gita

Using the Self to overcome the self – Bhagavad Gita

The Essence of the Bhagavad Gita 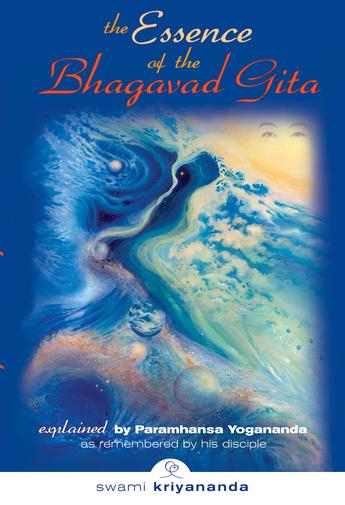 The Bhagavad Gita means, The Song of God. It is indeed a song: a work of art, as well as a deep statement of truth. I would, indeed, call it the perfect scripture. I make that statement as a Westerner, raised in the Christian tradition, though now a devout believer in Sanaatan Dharma.

The Gita, as it is lovingly called in India, is the most widely known and best loved scripture in India. Concise, profound, poetic, and deeply inspiring, it has been fittingly called The Hindu Bible, for it is the definitive statement of the ancient religion of that oldest of all countries on Earth.

The truths taught in the Bhagavad Gita are stated with extraordinary clarity. Interestingly, however, because of their very clarity they open up vast vistas of insight. Hence the value of commentaries on it, of which there have been a large number. There are levels of meaning in the Gita for which the Gita is also an allegory. I base the contents of these pages on the commentaries by my great Guru, Paramhansa Yogananda.