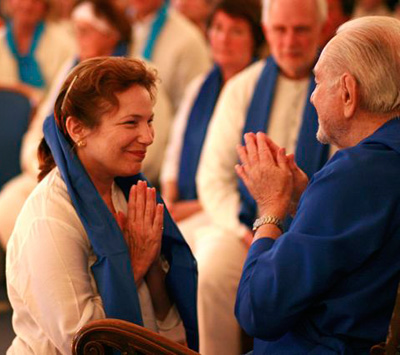 The Nayaswami Order is a new movement in renunciation launched in late 2009 by Nayaswami Kriyananda, a direct disciple for over 60 years of the great yoga Master, Paramhansa Yogananda.

In his book, A Renunciate Order for the New Age, Nayaswami Kriyananda describes a new model based on positive aspects of renunciation — rather than the traditional world-negating approach. It is intended for people from all walks of life, married or single, who are committed to finding God, and is open to people of every religious affiliation.

I have tried to make it clear, and want to emphasize again, that this new renunciate order is not limited to the members of Ananda, which is the community I myself founded in 1969. The order should, however, be given a clear form, and cannot be encouraged to flourish unchecked like the growth of mushrooms in the forest. – Swami Kriyananda